100 VRTO members and some curious University of Toronto students assembled for VRTO’s latest meetup at the Bahen Centre for Information Technology in downtown Toronto. Keram opened the evening and gave out a special $150 discount code for the HumanEyes Vuze camera and announced that submissions to FIVARS 2018 were now open.

He then welcomed to the podium Adam Lipper – head of Music and VR for Samsung Canada who described where Samsung VR has been and where it is going. One of the distinctions is that Samsung VR is no longer exclusively tied to Gear VR but is also a website, like YouTube, in its own right that can be accessed from any device. He also hinted that the platform will soon be offering heatmaps for better understanding of useage of content, among other significant updates.

He then unveiled a new partnership between FIVARS and Samsung VR that will showcase past selectees from the festival and offer another way for audiences to discover content that may otherwise be lost in the clamor for attention.

After a brief recess, VRTO invited to the stage Dr.s Karan Singh and James McCrae, co-founders of JanusVR and its free and hosted offshoot Vesta. An hour long workshop demonstrating the various ways to create, modify and write content for the immersive web platform followed. 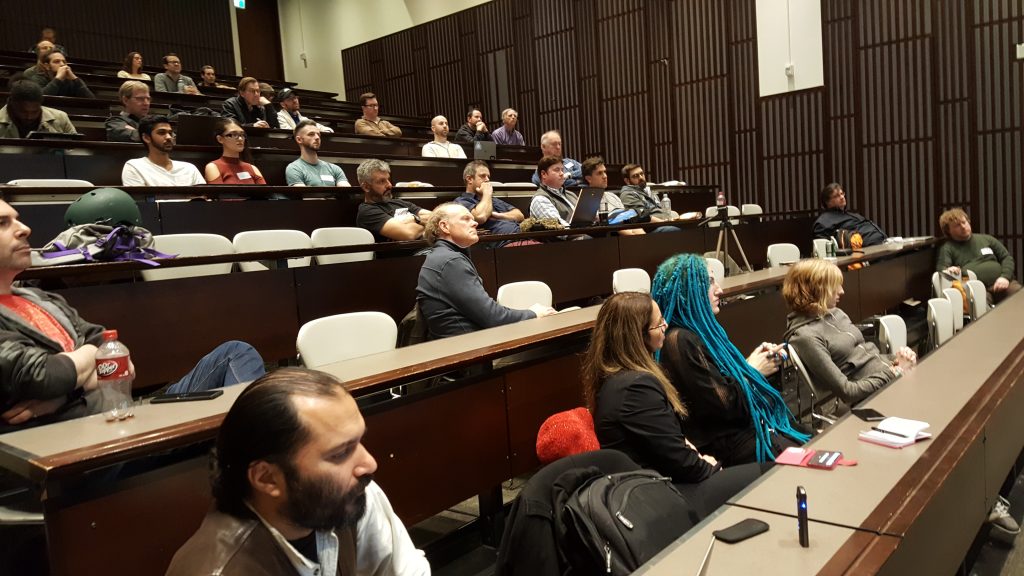 Then SideFX rep Robert Magee took the floor to demonstrate how the powerful Houdini engine can be used to procedurally generate objects, environments, characters and effects for Virtual Reality applications, ensuring integrity, consistency and enormous flexibility. This was capped by sharing the free trial option or the annual Indie license for only $199 along with many resources for learning how to use this powerful node based architecture with APIs to hook into your favorite IDE or workflow.

The proceedings were followed with a social at a nearby pub where many fascinating conversations continued the night. Thanks to all who were able to attend or spread the word.